All Products 80% off! Discount automatically redeemed at check out!

Now reading: Periods! Why These 8th-Graders Aren't Afraid To Talk About Them.
Share
PrevNext

In the second floor girls' restroom at Bronx Prep Middle School in New York, there's a sign taped to the back of the toilet stall doors. It's a guide on how to "properly dispose feminine products." On the list? "Make sure that no one views or handles product." 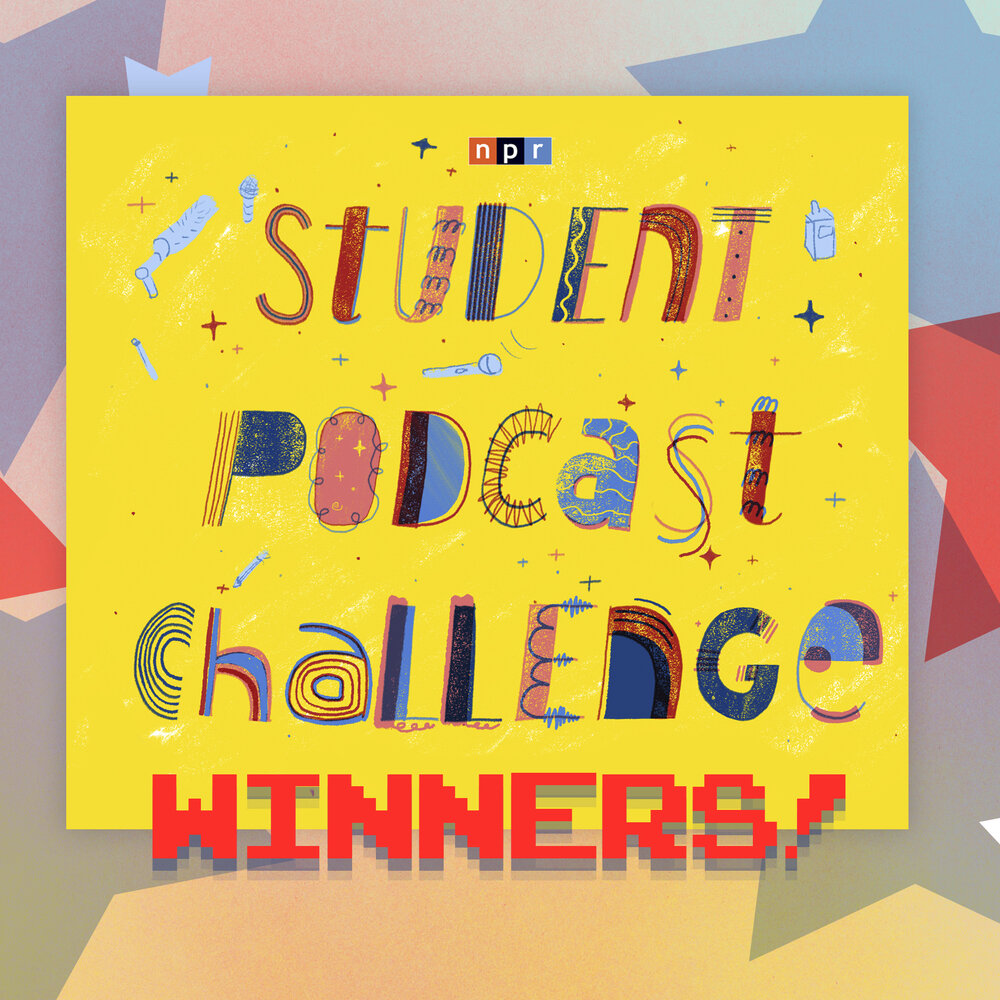 Here Are The Winners Of the NPR Student Podcast Challenge

"It's not even saying the word pad. It just says product!" explains Kathaleen Restitullo, 13. "Just, like, don't let anyone see that you are on your period."

But Kathaleen and six of her fellow female eighth-graders decided they're tired of NOT talking about periods. So they made a podcast about it — called Sssh! Periods — and it's the middle school grand prize winner in the first-ever NPR Student Podcast Challenge.

For them, the conversation about periods flowed naturally. "It was easy to record it," says Caroline Abreu, 13. "It was like the mic wasn't even there. We were just having a conversation."

They would commiserate about trying to hide a tampon in their tight jean pockets, or bleeding through their pants. ("I'm literally the queen of bleeding out," says Caroline. "It's not usually my fault; it's because I can't go to the bathroom during class.")

When they were making the podcast, the girls say, some of their teachers would make a face or get squirmy when they learned their topic, so they'd be constantly moving to different classrooms, trying to find quiet spaces where they could talk openly without making staff members uncomfortable.

Their middle school, nestled among apartment buildings in the South Bronx, about 2 miles from Yankee Stadium, is not the most period-friendly place, they say. 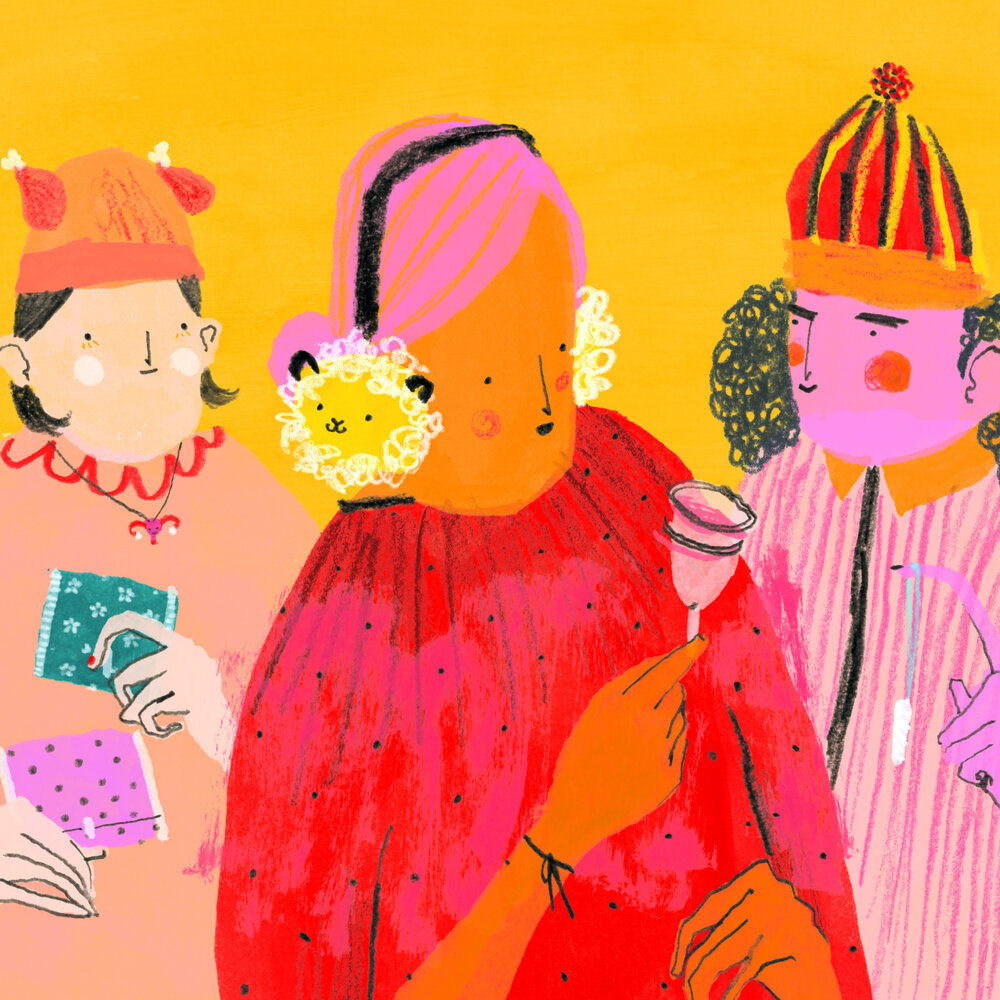 Why 2015 Was The Year Of The Period, And We Don't Mean Punctuation

"Sixty-seven percent of female students polled at Bronx Prep Middle school said that they the feel uncomfortable discussing their periods at school because it's not anybody's business," Jasmin Acosta says in the podcast. "Thirty-three percent of students said periods were a dirty topic. Young girls carry this stigma into adulthood."

"We're still in middle school at this point," Litzy Encarnacion says in the podcast, "but the problem gets even larger when we take it out in the community; when it's grown women trying to support their families." 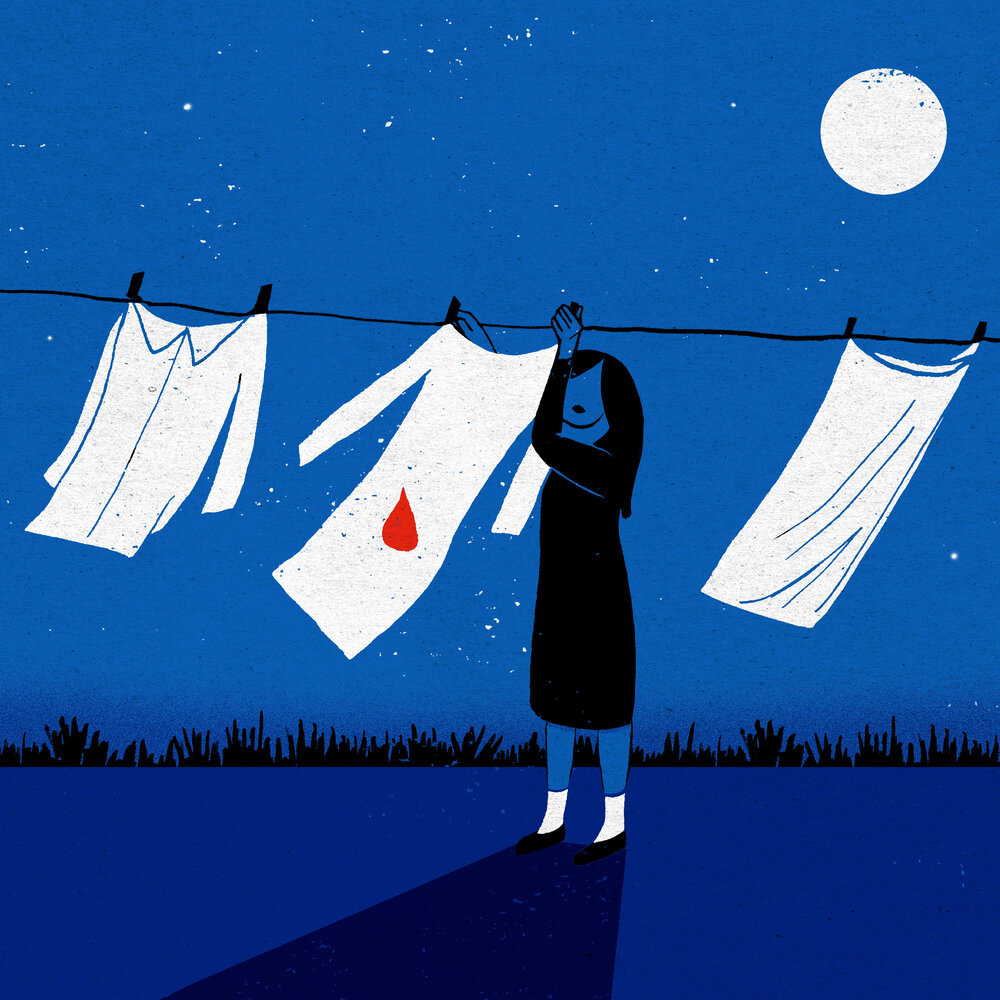 Breaking The Taboo Of Talking About Periods

In their podcast, they talk about the many code words for period and the stress of the "pink tax" (that's when products geared toward women are more expensive).

Not all of the girls were always this open about the topic. "When I heard we were gonna talk about periods, at first I was disgusted and uncomfortable because that's just how I am," says Kassy Abad. "But once we got to talk about it, and I learned that what happens to me happens to all these other girls, it made me feel more comfortable. It made me feel safe."

Kathaleen agrees. Once they got started, she says, and the more they learned about the stigma around periods, "we just wanted to keep talking about it. It's not a state secret or anything."

When Shehtaz Huq, who teaches sixth-grade English, suggested the girls work on a podcast for the NPR challenge, most of them hadn't ever heard of a podcast before. A few assumed they'd be boring. After all, wasn't it just the "people talking on the radio, trying to interrupt the good music."

But once they realized they'd get to be the ones talking — their voices and thoughts and ideas — they were hooked.

"I got the NPR app and I started to listen to some of their podcasts," says Kathaleen. "I was just like, 'Hey, I'm doing a podcast, might as well know what a podcast is!' "

Now that they've won, they say they hope their podcast sends a message to other young girls that period talk is great. And when they grow up and have kids of their own, they're hoping it won't be a big deal to say, "I'm on my period!" or to openly borrow a tampon or pad from a friend in class.

Maybe schools will even supply girls' restrooms with free pads and tampons. That's just one of the many suggestions they have for how to make their own middle school better. 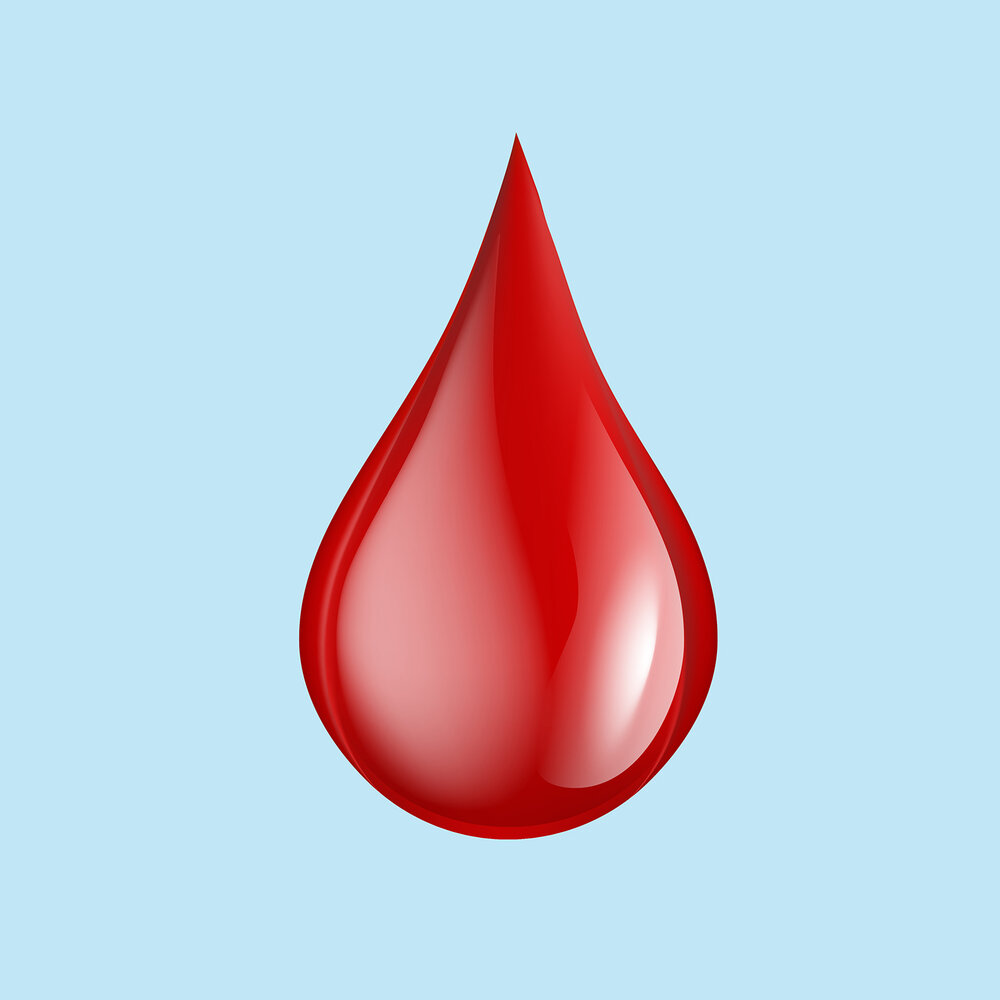 Here's another: If the the boys learned about periods, too, it would be way less awkward. "When we have those yearly talks about hygiene and stuff, they always separate the girls and the boys," Litzy explains. "We're never informed about the opposite sex."

And this is all on top of the stress and confusion of just being 13- and 14-year-olds, a time the girls describe as being "lost and insecure." Plus, they say, people don't ask middle-schoolers what they think.

"I'm not even going to lie though, that was my first reaction when we were doing this," says Litzy. "No one's gonna listen to us because we're still young. They probably think that we don't know what we're talking about."

But then they won, beating out nearly 6,000 entries from all 50 states and Washington, D.C.

When their teacher gathered them in the hall and announced the big news, the girls screamed and hugged and cried. Litzy was shocked: "I was like, 'Whoa!' So they actually do listen."

Why It's So Hard To Stop Women From Sleeping In A Menstrual Shed.